Using a Projector to Watch TV: A Step-By-Step Guide 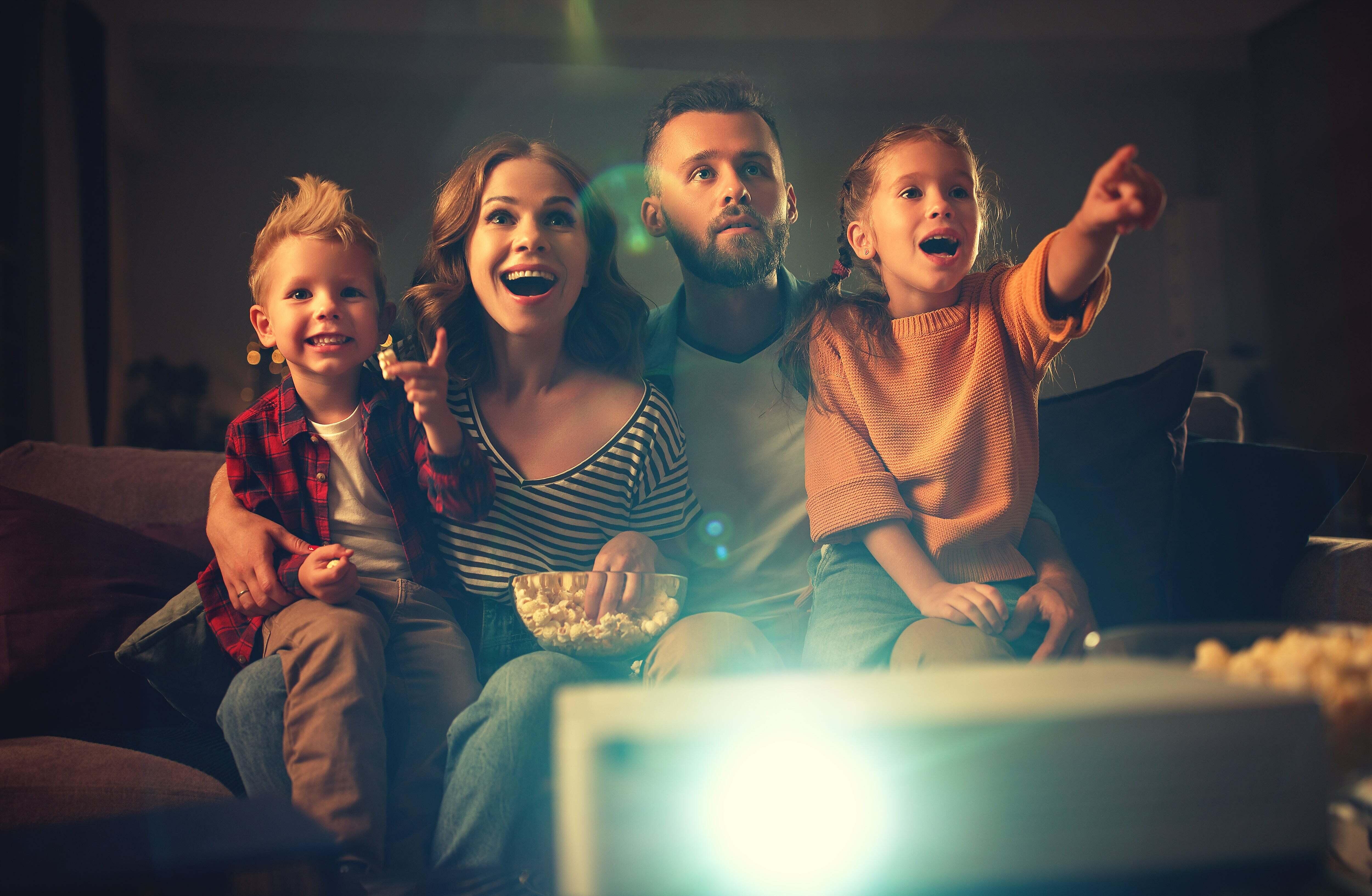 That “Big Game” that football lovers look forward to each season is just a few days away. Whether you’re watching it on your own or having a party, everyone can agree: Getting the full “The Big Game” experience just isn’t the same when it’s not on A Big TV. But, what if you don’t have a big-screen TV (or it’s not as big as you’d like), and it’s not in your budget right now to invest in one?

A projector might be a great, budget-friendly solution for you to create that viewing experience you’re after. Setup is simple: Connect the projector to the TV, clear a space on the wall, and you’ve quickly and easily created a viewing screen as big as you want in your own home, for a fraction of the price of a TV of that same size.

Yes, you read that right — a projector. These great tech devices have come a long way from what you might remember as a kid, sitting through movie slides with your parents. Today’s models are made with today’s home-theater enthusiasts in mind1 and have improved in leaps and bounds in every way — from picture quality and resolution (including 4K) to brightness, color and choice of native aspect ratio (e.g., 16:9 widescreen, preferred for sports-watching and gaming).

Of course it’s important to keep in mind– the better the features, the higher the price. But don’t worry! At Acima, you an shop with name-brand electronics retailers to get the latest viewing products with options for every budget. With our wide selection of online retailers, you can easily find — and afford — a projector that suits your needs.

Once you bring home your game-day ready projector, setting it up is easy! Be sure to keep the below steps handy so you can take your “Big Game” (or movie or live TV)-watching to the next level.

Options for Using a Projector as a TV

While there are some screen functions (like play video games, stream movies and shows and others) that a projector can be used for in place of a normal TV, the two devices aren’t entirely interchangeable. The most significant difference is that TVs also come with a tuner, which allows for over-the-air broadcasts. If you are trying to watch your favorite broadcast television, you’ll need a TV, an HDMI cord (in most cases) and possibly one of the methods below to be able to access and watch live television with your projector.

Cable box: If you have a cable set-top box, you can plug it into your projector with an HDMI cord. Once plugged in, use your projector just like you would use a traditional TV. Easy-peasy!

Streaming device: If you use Roku, Fire TV Stick or a similar external streaming device, you can connect it to your projector with a HDMI cord (like with the cable box connection option above). Once successfully connected, watch TV using an app that allows for live TV streaming (e.g., YouTube TV or fuboTV).

Native apps: Some projectors are built on platforms like Android TV, where apps are run natively. This means that if you have this kind of projector, the streaming app can run directly on the projector so there’s no separate streaming device that you need to connect.

TV tuner: As mentioned earlier, a tuner works by connecting an antenna to the tuner, connecting the tuner to a projector, and then allowing you to watch local, over-the-air broadcast television channels just as if it was your regular TV.

A note about HDMI cords if you’re unfamiliar with them: If you use cable, gaming consoles or a separate streaming device, you may already have at least one HDMI cord handy. If not, these cords are easy to find at most of your favorite local retailers that carry electronics.

How to Set Up Your Projector for TV-Watching

Once you’ve decided which method works best for you, you’re ready to start setting up your projector to use as a TV. Follow these seven steps:

1. Set up the projector as you normally would using the built-in HDMI port.

2. Connect an HDMI cable to an input on your projector.

3. Connect the other end of the HDMI cable to your cable box, streaming device or TV tuner.

4. Connect your projector to a sound bar, speakers or home theater system.

5. If you’re using a cable box or TV tuner, you may need to wait a while for the device to receive programming information from the cable company or search for available over-the-air channels.

6. If you’re using a streaming device or native app like the ones mentioned above, download and install a television streaming app (available in your favorite app store).

7. Done — you can begin watching TV on the “big screen” using your projector!

While setting up the projector should be fairly easy, there are plenty of YouTube video tutorials that can help you as well.

If you’re having friends or family over to your place to watch the biggest football game of the year, now you know how to use a projector as a TV. If all you need is the equipment to make it happen, then shop with Acima today for all your gameday hosting needs!

From television sets to projectors and more, Acima has all the electronics you’re looking for. Shop with name-brand retailers that you love, and since Acima is an easy lease-to-own option, you can do it all before kickoff without using credit or large amounts of cash!*