Your Guide to Birthstones and Their Meanings 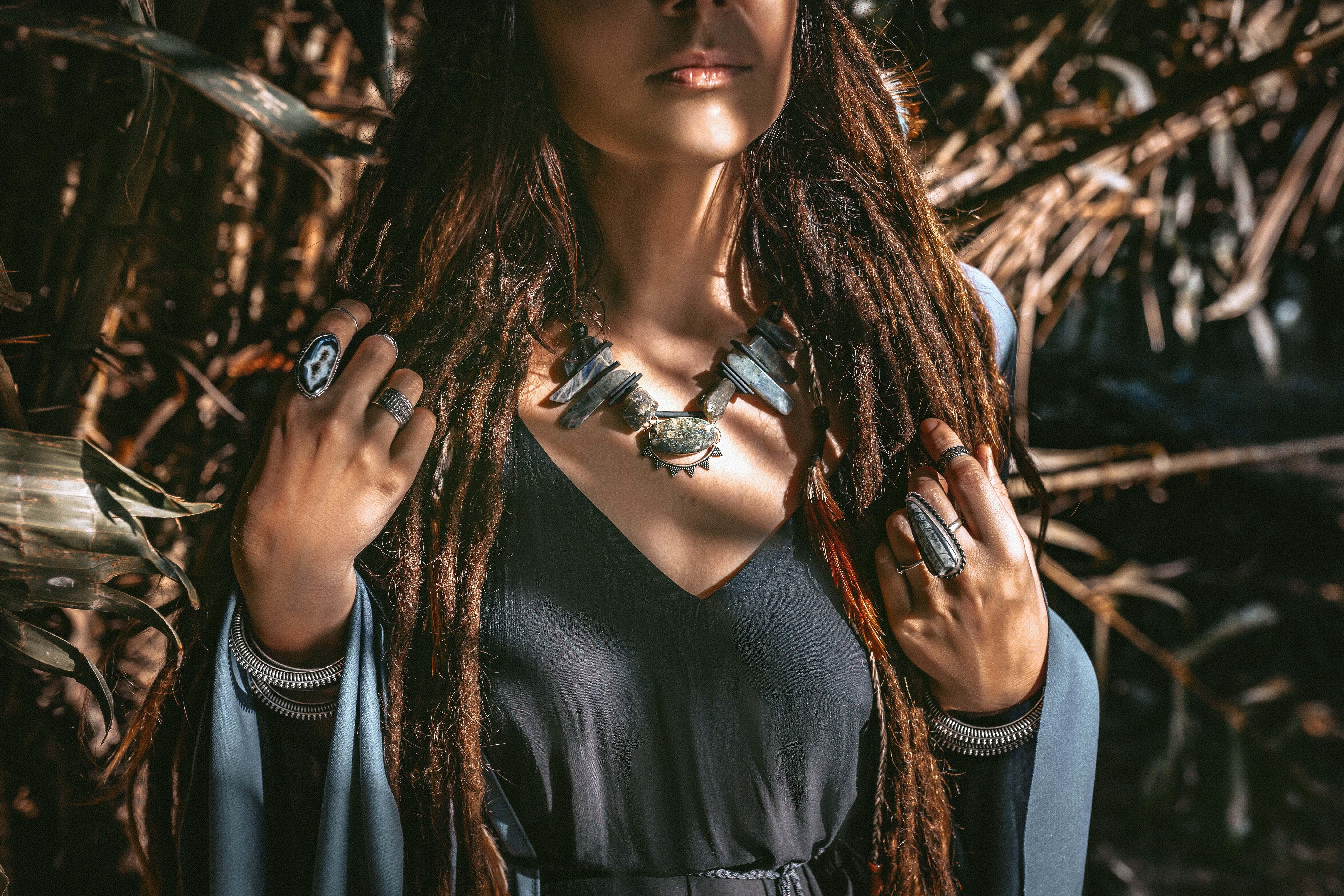 If you’ve been shopping for jewelry, it’s important to know your birthstone. Birthstones can add a personal touch to a jewelry piece, and the ancient origins of the birthstone idea can import a sense of history and even destiny to the right piece of jewelry.

The concept of the birthstone may be older than you realize. According to a first-century historian, birthstones date back to a piece of armor named in the Book of Exodus. The “Breastplate of Aaron” held a dozen stones representing the 12 tribes of Israel, the 12 months of the Hebrew calendar and the 12 signs of the zodiac.1 Today, the stones have lost much of their mystical connotations, and they’re now mostly seen as an elegant way to represent oneself or say “I love you.” Read on for our guide to these special stones and their meanings.

Known for its deep red hue, the garnet derives its name from the word “pomegranate.” This gem can be found in many regions across the globe, including Russia, Brazil, Sri Lanka and the United States. The garnet symbolizes energy, and it’s also believed to promote true love. One of the most diverse of the birthstones, garnet comes in every color of the spectrum except for blue.

February’s stone comes in purple hues that range from very light to very dark. Amethyst has long signified royalty; religious figures once wore this stone as a symbol of stature and importance within society. This gem is also believed to imbue the wearer with mystical powers and convey attributes like strength and wit.

Aquamarine, the sea-colored birthstone of March, derives its name from the sparkling blue seawater that its colors reflect. Ranging in colors from light blue to blue green, this gem dazzles in the sunlight. Due to its cheerful shade, aquamarine has traditionally been used to symbolize happiness and youth.

April’s birthstone, the diamond, is obviously one of the most well-known stones in the world. However, the diamond’s popularity doesn’t detract from its classic elegance. This birthstone comes in a variety of colors, ranging from colorless to very pale yellow or brown, though diamonds are of course most known for the brilliance of their clear white hues. (You can read more about diamonds in Acima’s blog post on diamond quality.) An interesting fact about April’s beloved birthstone: Diamonds are over three billion years old, making them one of the oldest gemstones. In ancient Greek culture, diamonds were believed to be teardrops from the gods.2 For centuries, these sparkling jewels have evoked feelings of romance and long-lasting love.

The emerald — the birthstone of May — may be almost as famous and beloved as the diamond. The first known emerald source, found in Egypt, dates back to 3500 B.C. In ancient Egyptian culture, the emerald represented eternal life. With its deep color saturations, emeralds are known for their dark green hues that symbolize renewal, truth and love.

June has not one, but three birthstones, and each is special in its own way. Alexandrite is one of the most unique of all gemstones, as it has color-changing properties that give it a magical green hue when under natural sunlight and a red hue when under interior light.

The moonstone gets its name from a property known as adularescence; that’s when light appears to billow across a gem, giving it a unique glow like that of a full moon. Moonstones can range from opaque to transparent, but the best of the best give off a blue shimmer thanks to their glass-like quality.

Finally, a pearl is a lustrous, shiny white ball-shaped gem, and is the only precious gem formed inside of a living being — the mollusk. It can take two to four years for a mollusk to cover an irritant inside its shell with nacre, the substance that gives the pearl its depth and luster.3

With its deep red hues, July’s ruby birthstone is a timeless symbol of love, romance, passion and the heart’s desire. In ancient Greece, women wore red rubies thinking that the gemstones would bring them love and physical beauty. Even today, the ruby’s stunning beauty has earned it the title of “king of precious stones.”

August has two different birthstones. The spinel is a gem most known for its red and pink hues, though it also appears in purple, fiery oranges, black, gray and blue. When polished, a spinel can look remarkably like a ruby. Meanwhile, the peridot, a beautiful green gemstone that dates back to ancient Egypt, shows a beautiful golden glow under natural sunlight.

For centuries, sapphires have symbolized innocence, longevity and good health. Though the sapphire is one of the most varied of gemstones, it’s most known for its deeply saturated cobalt-blue varieties. Even the name, from the Greek sappheiros, means “blue.”

October is another month that boasts multiple birthstones. Opals can dazzle the eye with their wondrous array of colors, creating an optical effect. This precious stone symbolizes love and passion, and it’s cherished for its brilliance, color play and flashes.

Tourmaline, too, is associated with numerous colors, including rich reds, peaches, greens, blues and violets. But, it's most well-known as a pink gemstone. Pink tourmaline represents a love of humanity, and it's often worn to promote sympathy for others.

Fall is known for its warmer tones, and both citrine and topaz — the birthstones of November — follow the theme nicely. Citrine stems from the French word citron, meaning “lemon,” and its pale yellow and deep burnt orange variations call to mind the warmth of the midday sun. When colored yellow, topaz is often confused with citrine (which is likely why they both share this birthstone month). Topaz was originally discovered in its yellow form, but it can range from amber, orange and brown to pink, blue and green.

December has three birthstones, and they’re all cool blue gems. With its deep, saturated purplish-blue hues, tanzanite (from Tanzania) can look almost velvety. Turquoise, found in ancient Egyptian jewelry and Native American jewelry of the American Southwest, is often associated with warm weather — though its bright blue hue pairs beautifully with cooler winter whites. Lastly, zircon is a natural gemstone highly regarded for its lustrous light reflection. This stone is mined in Sri Lanka, Myanmar and Australia.

How to Find Accessible and Affordable Birthstones

Now that you know more about birthstones, you might be feeling more inspired to invest in these gemstones, and in jewelry pieces that feature them. When shopping for precious gemstones, make sure to shop with professional jewelers who are members of the Jewelers of America (JA). This organization produces a code of professional practices that enforces ethical behavior within the jewelry industry.4

If you’re ready to start your search, Acima partners with credible, name-brand jewelry retailers that make getting beautiful, unique gemstone jewelry both easy and affordable. With our lease-to-own* option, you can shop rings, necklaces and bracelets that feature wondrous birthstone gems. Acima’s no-credit option means you can get the pieces you want without using credit and without shelling out large amounts of cash upfront.* Learn more about Acima’s alternative to financing, and start shopping today.